Patients with chronic disease have enough to worry about. spencer eases the burden by helping ensure medication adherence while enabling extensive care team support and delivering a transformational patient experience. 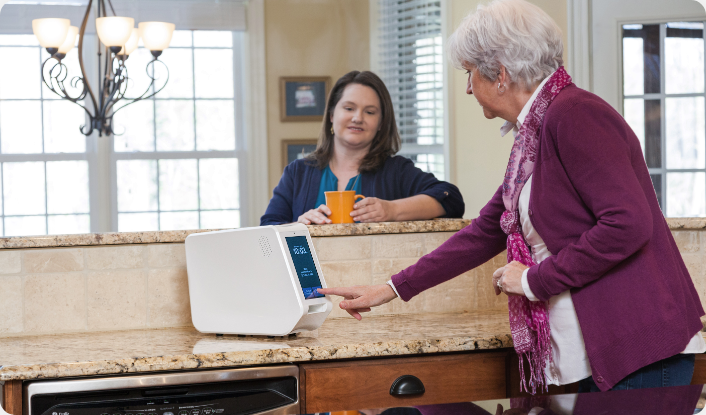 spencer has the track record with patients to show higher patient engagement and medication adherence – over the long run. And with patients with multiple disease states, chronic conditions or at of risk of non-adherence.

spencer’s intuitive design eases the burden on patients and caregivers when it comes to remembering medication timing and doses. In fact, with a Net Promoter Score greater than 70 – a rarity for health devices – spencer allows patients to engage and remain adherent without technical know-how.

spencer users give a greater than
70 Net Promoter score, a world-class rating in healthcare

spencer in the Home

The spencer device sits in the patient’s home as the smart hub of the connected health network. For care management teams helping patients with chronic and rare diseases, spencer’s telehealth and data collection features help reduce uncertainty about the patient’s medication adherence. And patients have more peace of mind knowing spencer is keeping them connected to clinicians and caregivers. 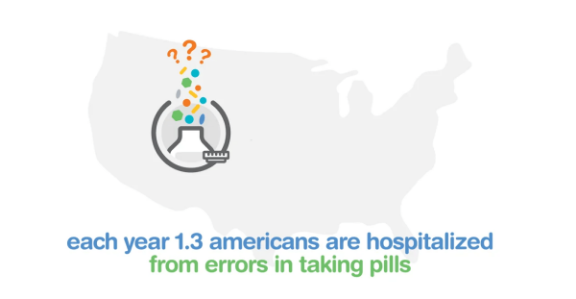 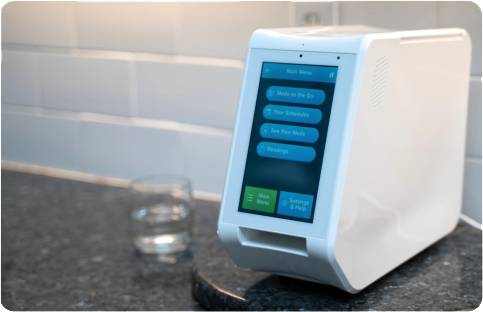 For 64-year-old Susan, Parkinson’s Disease resulted in a series of more than 30 falls over a two-year period. But when using spencer in her British Columbia home, the falls stopped for six months.

spencer enabled Susan to take her five medications as prescribed – five times a day – without missing doses. Improving her adherence to 97 percent helped her better manage her Parkinson’s, as well as her hypertension and Ankylosing spondylitis, a rare type of arthritis.

Susan used spencer as part of a 2019 study in collaboration with Catalyst HealthCare and the Canadian Healthcare Authority. Overall adherence

across all participants hit 98 percent, with patient engagement of almost 80 percent as measured by patient responses to questions posed through the spencer device.

And all caregivers responding to surveys reported less burden in helping their loved ones manage their medications.

Using spencer helped Susan make progress on her goals – to prevent falls, get more comfortable speaking, and embark on a more active lifestyle. The evidence? The falls stopped, and the active lifestyle started: She joined a weekly singing group.

spencer supports ePRO and real-world evidence by giving patients an easy-to-use platform to respond to care team questions. spencer’s high level of engagement helps ensure that useful patient information – including their perceptions of whether their condition is improving or getting worse – is acted upon by clinicians.

spencer’s telehealth connection is the lifeline that supports patients and clinicians, making it easy to address patient questions or concerns. Telehealth helps improve patient engagement and reduce the number of in-person office or clinic visits.

Medications come prepackaged from Spencer pharmacy partners in a self-contained refill that drops right into spencer. To help patients avoid confusion, it shows pictures of the pills to be taken. If the patient plans to be away, medications can be dispensed in advance through Meds on the Go. 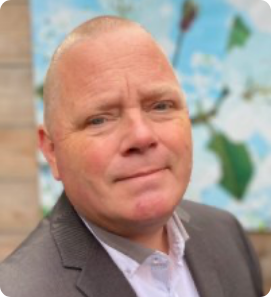 Menu
We use cookies on our website to give you the most relevant experience by remembering your preferences and repeat visits. By clicking “Accept”, you consent to the use of ALL the cookies.
Cookie settingsACCEPT
Manage consent

This website uses cookies to improve your experience while you navigate through the website. Out of these, the cookies that are categorized as necessary are stored on your browser as they are essential for the working of basic functionalities of the website. We also use third-party cookies that help us analyze and understand how you use this website. These cookies will be stored in your browser only with your consent. You also have the option to opt-out of these cookies. But opting out of some of these cookies may affect your browsing experience.
Necessary Always Enabled

Any cookies that may not be particularly necessary for the website to function and is used specifically to collect user personal data via analytics, ads, other embedded contents are termed as non-necessary cookies. It is mandatory to procure user consent prior to running these cookies on your website.